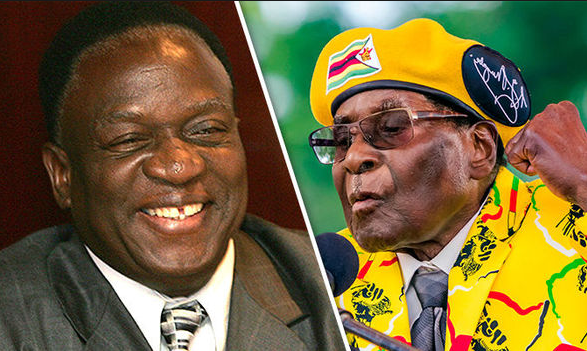 All semblance of normal has gone. Three months since Zanu PF returned to power for the 38th year, under a new President, the wheels in Zimbabwe are falling off. The nightmare combination of no fuel, no bank notes, no medicine and a growing list of food and toiletries that aren’t available, has left us wasting our days in bank, food or fuel queues, hunting for necessities and doing outrageous calculations just to work out how to survive.

The black market rate for one US dollar was 350 % to the Bond dollar this morning. By this afternoon it will have changed, or maybe even by lunch time. If you have US dollars and change them into Bond dollars on the black market to give you more money, you can’t buy medicine; can’t have a medical or dental procedure; can’t buy spare parts; and the list of “US dollar only” items is growing by the day.

And bank transfers are another matter involving a calculator. The complicated procedure is compounded by the fact that the highest denomination Bond note is $5 and most common Bond note in circulation is $2.

The country’s biggest supermarket chain with outlets in every town, suddenly announced this week that they would no longer be opening at 7.30am but would, with immediate effect, only be opening at 9.00am. We were left wondering if they needed that time every morning to adjust prices according to the latest black market rate for US dollars to Bond dollars.

In another big supermarket all the price stickers on the shelves have gone so you don’t know how much anything is until you get to the till. Stock managers say they’ve never worked this hard and are changing prices as often as three times a day. ‘One beer per person,’ is the sign on the fridge door in one huge wholesaler; and on another fridge the sign: ‘one coke per person.’ Shopping lists have become pointless because now we don’t shop for what we want, or even what we need, but for what we can afford. As it was in 2007 and 2008 we walk around, shake our heads, pick things up and put them back down. Basics have become luxuries and daily essentials are fast becoming as elusive as bank notes.

A visit to a medical specialist saw the lights off, machines off and appointment book empty. They have been forced into an Emergencies Only situation. They can’t get the drugs, anesthetics or equipment needed to function. In the pharmacy a pack of 20 Paracetamol are US$1 or in Bond they are 4, or 5 or 6 dollars– depending on the black market rate that day. In the supermarkets they are no longer on sale.

Then there’s this notice from the bank which tells its own story: “Please note that the USD account is, for the time being, restricted to receiving inward transfers only and cannot support outgoing international payments.“

Meanwhile teachers and doctors are demanding that they be paid in US dollars and the new 2% government tax on all electronic tractions which is already in effect and being deducted from every transaction over $10 is still not legal: The Finance Bill containing the 2% tax has not been presented to, or passed, by Parliament as required by law.

Our government’s response to this crisis has been mostly silence or finger pointing. Four senior officials in the Reserve Bank were suspended after allegations that they were linked to corruption and fuelling the black market. They had been publicly named by socialite Acie Lumumba who was fired three days after his surprise appointment to the Ministry of Finance, leaving us wondering if his posting had been a put up job in the first place: someone had to do the naming and shaming after all. The common feeling is that four officials being investigated in the Ministry of Finance are just tadpoles in the shark’s pool.

Finally, in this time of utter chaos, the government announced they had revoked the Statutory Instrument banning the import of a wide range of foodstuffs and said anyone with “free funds” could now import their own food again. In a sentence they absolved themselves from any responsibility and got away with not releasing our own US dollars from our own bank accounts so that we can buy food, fuel and medicine in our country.

In the mean time, instead of making sure CAPABLE people run important parts of a country, Clowns of politicians care more about renewable energy!?