It is not because a group of crappy Central bankers bombarded the Gold Market in a similar way it was done in the 1960's that I am reviewing my 2004/05 bull call for Gold. Whatever happens en whatever is written, Gold will be the last Money standing.... 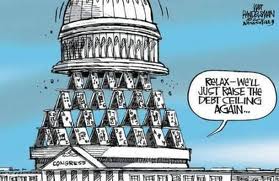 We live a situation which is so unique that it has rarely been seen in the past...except maybe for those who lived the time of John Law (the Mississippi co.). Even the Weimar revolution and the Great Depression were different because the problem was local, traveling was harder, and we had no Mainstream Media.

No doubt today's reality cannot fully be grasped by most modern market participants because during their life time they have never lived something which is about to become an unique once-in-a-life-time historic event. The last generations have been brainwashed in such a way that even with what is unfolding today their belief in the system is hallucinatory: this won't happen again, this won't happen to me, history books are wrong and bad examples...a collapse of the financial system is simply impossible! [try to explain this to people in Cyprus, Iceland, Argentina,...]

"If banksters and authorities are saying all is ok, why for a split second would they think that the house of cards which has been built since the 1970's could ever fail?!"

The bearish triangle for Gold and Silver was correctly indicating that the price would break through the support line. Coup or no Coup (many experienced analysts agree and confirm we in fact had a coup) the price of Gold and Silver must now clear overhead resistance before higher nominal prices can be seen.

If the resistance level cannot be cleared the breakdown becomes a forecaster of a greater accident waiting to happen: the implosion of the financial system. If we have an implosion no prisoners will be taken and only those holding VALUE (gold) will survive. Holders of currency instruments will as always is the case, loose it all!

"Even if technical analysis may at certain times plead for the sale of Gold and Silver, there actually exists - apart from common stocks - no safe and no valid alternate."

Having said this, the bearish triangle for Gold could well end up being a HUGE halfway bullish flag indicating nominal price will at least DOUBLE. But as the formation hasn't matured, it is too early to call.

If authorities and banksters (Goldman Sachs) want to rescue their bread and butter exponential amounts of fiat money will have to be created. More money means more inflation, a falling price of fiat money and a higher nominal gold price.

"Whatever the conclusion of technical analysis is, those who jump out of the pan will unmistakeably end up in the fire of worthless fiat paper money."

Not only do we have fractional reserve banking but even the money which is created out of thin air is based on the creation of worthless bonds by bankrupt governments. Those who take this into consideration understand that the Fiat Money we're talking about isn't even there...

Soon all will see that the 4-12 coup has backfired: contrary to what THEY expected the demand for physical Gold is now higher and not lower than it was before the joint market intervention of the Central Banks on 12 April.

See the updated charts in the subscribers' sections for support, resistance levels and technical patterns...and don't forget to take into account the fundamentals.

How did they seize the Savings of the people after WW2? https://t.co/wSCvtzLVKP

By definition, Mainstream Media have NEVER and will NEVER call a CRASH! Never forget that Stock Markets climb a Wal… https://t.co/CP2abnJrND