These are the times that try men’s souls.

“These are the times that try men’s souls.”

“Tyranny, like hell, is not easily conquered; yet we have this consolation with us, that the harder the conflict, the more glorious the triumph.” 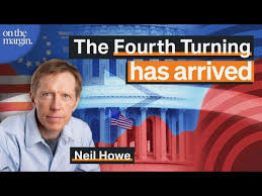 It matters little whether the excuses put forward by political leaders are climate control, racial equity, CBDCs, cancel culture, owning nothing, digital IDs, transhumanism, vaccine mandates, or a Green New Deal;  the objective is singular: total dominance of the ruling class over the subservient class. Any excuse will do if it has a totalitarian rule as its outcome.

In any Fourth Turning, those who are more thoughtful and forward-thinking will begin to make sense of the ruse but find themselves being heavily criticized by all. The media will do all within their power to slap down those who denounce the ruling class. But more to the point, the more significant proportion of the populace will remain in their slumber and resist the awakening strenuously.

At such a time, the few who have figured out the ruse experience their greatest challenge: speak out or just go along.  This group must struggle in the darkness to a great degree, as most of the population fight against an awakening, which disturbs their complacency and is too horrendous to contemplate.

The latter half of a Fourth Turning becomes a chaotic and confusing period in which many people desperately hope just to get along, whilst those who are more visionary become increasingly aware that their freedoms are being flushed away on a wholesale basis. The group that turns the tide is the group that I often (unflatteringly) refer to as the HERD – the average guy.  At some point, the average guy, who simply wanted to be allowed to get on with his life – go to work, mow the lawn, sit on the couch with a six-pack and watch the game – has had his life so disrupted by the ruling sociopaths and their increasingly manic oppression that he accepts that he must turn off the TV and do “something.” He is not a leader, but he is a joiner. [When, in Ottawa, Canada, a few truckers staged a small demonstration, and the average guy saw it on the news, he got in his truck and joined.  He may have had no real idea of how events might develop; he simply added what weight he had to the effort.]

But the very fact that he is the average guy – that the bulk of the population is made up of average guys makes their collective weight greater than those who may have been more inspired thinkers and – more importantly – greater than the weight of the oppressors.

For those of us who saw the warning signs early – decades ago – the first half of the Fourth Turning has been extraordinarily distressing. The Globalists have been thorough in their planning and have successfully executed the removal of freedoms with great stealth that we assumed any “thinking” person should have seen coming.

Most people are not thinkers. Most people “go along.” They continue to go along until the moment that…. they don’t.  An awakening happens only gradually, but the point arrives when the common man has had about enough. He may not be intellectually inspired, but his collective weight is, and throughout history, has been the turning point. 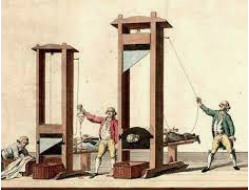 That is the day when Louis XVI and Marie-Antoinette are led to the guillotine and decapitated.  When political morons say you have to eat Rabbit when Meat is too expensive; who says you can not heat your house unless the temperatures are below 66° F (19° C); who dictate you can not turn on the AC unless temperatures are higher than 80° F (27° C); who advise you to not to wear a tie, so you have fewer problems fighting the heat; who tell you drive to your work on a bicycle instead of using your car to save on gas; who wreck the economy because they refuse to pay their natural gas & oil invoices in Ruble; who wreck the economy and society because of some dark, unreal climate rules...

We have come to a point where elections are meaningless, don't make any difference.  A simple trucker needs a medical, theoretical, and practical exam and a license,...but every moron, retard, psychopath without a degree and who has never employed a single person can become the leader of a country!? Such should be and must become IMPOSSIBLE!