Central banks are caught between a Rock, a Hard Plate and a Firing Squad!

Central Banks are bankrupt...the emperor has no clothes....we just have to wait until the little boy notices it! 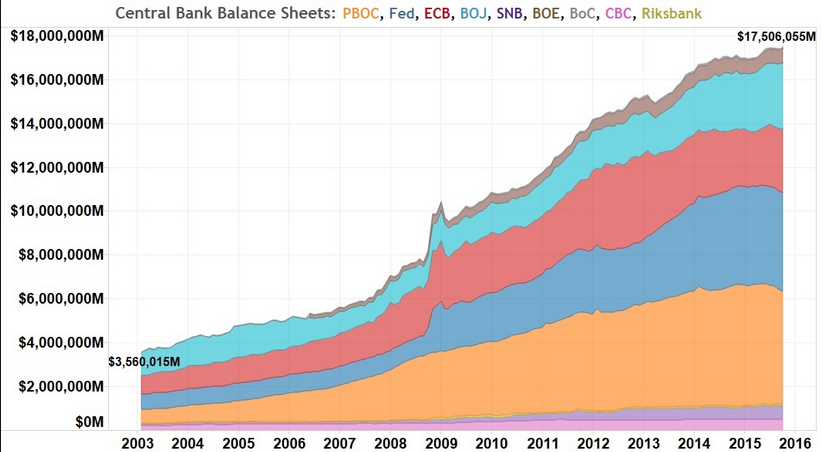 Central banks have been and are buying everything …including stocks, to prevent the markets from turning down. It is safe to say they understand that with the leverage and derivatives outstanding they cannot allow markets to correct (or God forbid actually enter bear markets). They understand the “size” of the derivatives markets is so large, NO ONE can withstand a downturn and actually be called upon to perform their “insurance payments”.

So the central banks are now “forced” to purchase assets to prevent market downturns but one should ask the question “who will they eventually sell to”? The answer of course is “no one” because there is no one large enough to take these assets off their books.

Central banks “create money” via credit. They are now buying all sorts of assets from “sovereign debt” to “junk debt” to get it off of bank balance sheets to truly “stock”.

Central banks have put themselves in the position of buying assets they know they can never sell. They can never sell because there are no buyers large enough to buy, AND, they would then be creating the downturn in markets they originally denied if they ever stopped buying let alone selling assets. 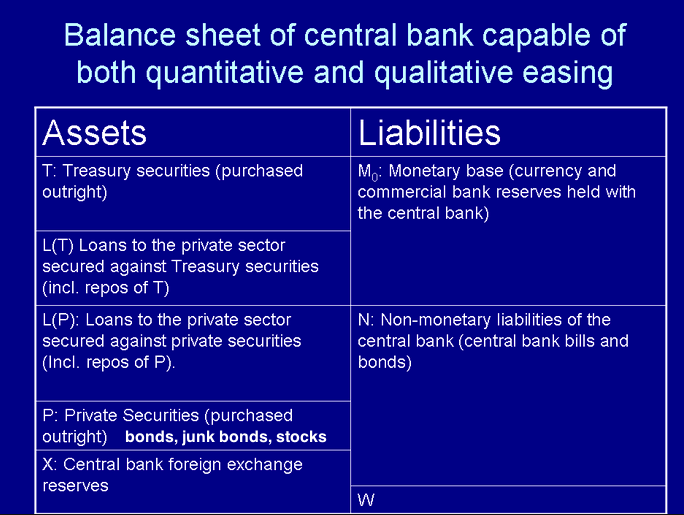 The central banks by definition create inflation (via currency and credit). So the continual creation of their “product” (fiat money) destroys their product. Because “money” MUST be created in ever greater amounts to avoid a crash, deflation, the central banks are so in fact destroying their currency. Central banks are forced in the exact same mathematical manner as any Ponzi scheme …to issue currency in an exponential manner.

What is actually happening was entirely predictable since 1913. At some point, the U.S. (and thus the entire world as the dollar is the reserve currency) would reach debt saturation by definition. We did so in the 2006-2007 era. The only balance sheets left to “reflate” at that point were the sovereign treasuries/central banks themselves. They by result have destroyed their own balance sheets over the last 10 years. It is only a matter of time until this is fully recognized by the investing/consuming public and thus loses confidence in the central banks themselves. At this point, it is game over.

The conclusion is that the Central Banks artificially have inflated their own balances over the past 10 years. It is only a matter of time before this will be realized by investors and consumers. Who and/or what, which event will kick open the ROTTEN DOOR, is a mystery. Historically, this usually happens because there is hyperinflation after the little boy calls that the Emperor does not wear clothes!...but it may also be WAR.

The only thing a person can do is to protect himself and his family as much as possible [gold and second passports are important]. Unfortunately, today there are not so many options anymore .... Who doesn't act, will, like the Venezuelans, no longer be able to buy toilet paper. 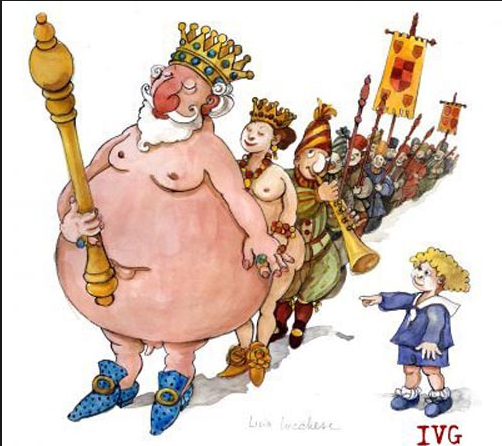 The day we have HYPERINFLATION, everybody will notice the Emperor has no clothes and Central Banks are bankrupt.