Elementary Mr. Holmes: this is WAR

This is capital destruction and WAR. It is an ultimate effort to try to keep the US-Dollar on life support and alive ! 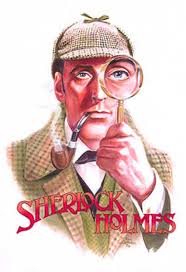 Elementary Mr. Holmes...this is capital destruction and WAR. It is an ultimate effort to try to keep the US-Dollar on life support and alive ! This is also a financial war where alle tricks are being played. Those who are not making their home work properly and keep chasing the PERCENTAGES will in the end become the biggest loosers.


In order to have the Dollar survive the USA will need a war every two months or so. In order to keep the Dollar regime going the USA will have to continue hassling designated foreign banks. Especially those non-American banks which dare to engage in the sale of US-Treasuries.


BNP-Paribas was involved in the sale of huge quantities of US-Treasury bonds for their clients but also for Russia and other national entities. At a certain time, they were selling HUGE amounts. The only way to stop them from doing this was to fine them for allegedly fiscal reasons. BNP-Paribas was fined but at the same time – and as usual the mainstream media have overseen this and the herd was fooled – this bank lost the ability to sell US-Treasuries all together. The wet dream of course would be to weaken the bank so much that they have to operate under the Societe Generale (which is in the camp of the Americans).

The Credit Suisse case is one of Gold disappeared out of London and the Middle-East legal owners trying to get it physically delivered. Americans would like to see Credit Suisse managed by UBS (which is ruled by the USA). Remember the Credit Suisse also had issues with the Americans...!?

A lot of (Swiss) allocated Gold is – in fact – not available. Maybe this is the reason why we see so many killings/suicides among bankers. Some people simply don't accept that although a bank has formally stated that their gold would be safe and secure it now is no more in the bank vaults. And we're not talking about small quantities but of 50.000 Tonnes and more.

We all know what happened in Cyprus but few are those who know that the happenings were enforced because Cyprus banks were 'massively' selling US-Treasuries for their Russian clients.

Dominique Strauss Kahn and Khadaffi also tried to break loose of the US-Dollar.

Ukraine, Syria, Israel, Libya,...are no accident. Even the shooting of the plane is not. The happenings have been carefully planned and orchestrated by the USA. Their main goal is to ensure the US-Dollar does not fail today and survives for another 25 years! So far it has been a WIN-WIN operation..only for the United States. The naive European leaders and Herd has swallowed the propaganda about MH17 and shot themselves in the foot.

Energy (Oil, natural gas,..) is not only important for an economy, it is also extremely important for the survival of the US-Dollar. Currencies can and are manipulated. Especially true for the US-Dollar. However, the amount of goods being invoiced in US-Dollars plays a major role and it is exactly this factor which is the Achilles heel of the Dollar and which will eventually kill it. Once the non-domestic dollars (petro-dollars) come back home, they will roost (destroy) the US-Dollar.

Propaganda and a Poker face. Hollywood is an American Invention and Propaganda is sold every second through the BBC, CNN, REUTERS,....The USA cannot even deliver 5% of the energy (Oil, natural gas) what they promised. The fracking oil supply is 'a lot smaller' than officially pretended. Same story for the shale where we regularly see 75% to 95% write downs of potential US reserves. Having said this, it remains extremely important that ENERGY remains invoiced and traded in PETRO-DOLLARS and PUTIN'S plan (together with the BRICS) to start working with non-dollar currencies FAILS.


It is obvious that the Middle-East is also smelling shit and are converting their Dollar (Treasury) holdings into Gold. This in turn may well be the real reason behind the war in Israel/Gaza and Syria. If Americans want to keep the Sjieks on the leash, they must at least provide a reason for doing so.

The USA is monetizing (at a rate of $ 120 billion a month) the total Derivatives Debt NOW, is buying Treasuries – not redeeming them, ...and are hiding it by operating through i.e. Belgium. Such ALWAYS results in Hyper-Inflation....you can lie about what you are doing but you cannot lie about the consequences...when these become visible. Unless of course we have a war (we all assume the price of groceries soars during periods of war).

The latter has severe implications for the paper price of Gold. The Paper price of Gold is the result of the amount of available Fiat Money. The Real price or value of Gold is what it is and it will probably become extremely hard to price it as things get worse and Gold disappears all together out of the circuit.