This is a once in a life time call for the Gold & Silver sector you should not miss...

2014 Really unbelievable...90% of the private and professional investors and advisors are bearish for the Gold & Silver sector...and yet this is one of the biggest, strongest BUY signals ever in my life time. 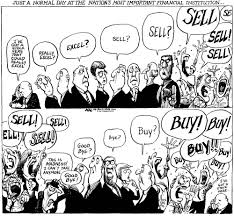 It's really unbelievable that at a time where it comes in the open that the Gold & Silver price is manipulated (rigged) by the Central banks with the help of HSBC, JP Morgan, Goldman Sachs, Deutsche bank, Barclays, ...there are still people BELIEVING Gold & Silver is a dangerous and unsafe place to keep their savings. It's unbelievable that most Investors and as many financial advisers are negative about the future price evolution of Gold & Silver and are even expecting the price will come down more.

Years and months ago - during the 1st phase of its bull run - Gold broke through the $ 1,000 resistance zone and successfully competed its POSITIVE BACKTEST. That is, the price corrected back to the $ 1,000 level (breakout price) before resuming its uptrend. Technically this was an extremely important happening because it also implicated that – technically speaking – Gold will NEVER sell at $ 1,000 again (at least not as long as today's Fiat Paper Money system keeps surviving).

Gold sits in a SECULAR UPTREND and during the Summer of 2011 the Central Banks succeeded in avoiding that the price of Gold & Silver would become parabolic. Having said this, rigging allows to damper a price rise or reduce a price decrease but can – NEVER – break a Secular Bull trend and Secular Bear trend.

The thumbnails in the blue fields (see subscriber's sections) for Gold expressed in most major Currencies all show a distinct Bullish Secular Trend line and in none of the cases this trend line has been broken. Also, I don't see it technically possible that Gold could break down and fall out of this rising trend channel. A solid argument is that the Average Marginal Production price of gold hoovers around $ 1,200.

Those who advocate that the price of Gold & Silver can continue to come down and that price could ease another 10% to 20% are simply guessing. Nothing more and nothing less....In other words, their opinion is worthless and even dangerous. Especially for the Public and even analysts which start to be convinced Gold and Silver are PASSE because the price has come down by 30% and the correction takes 2 ½ years longer than their nerves can cope with.

Reality is that – for the time being – because of 1960-like manipulation the price of Gold & Silver is not going up but coming down...so many think they are wrong, made a incorrect investment decision and are ridiculized by friends and family. This is probably the reason WHY people keep believing people like Armstrong (jail time for contempt), and many other financial Movie stars which are crying SELL but cannot give a decent explanation for doing so. This is probably also the reason why many investors refuse to travel (are scared to death do do so) so they can store their physical out of Political Reach: in case the price of Gold breaks down and/or they can no more stand the heath, they hope to be able to immediately sell out their gold positions. Rather stupid as they don't seem to realize that the Authorities are in a process of closing all loopholes and soon they will be trapped inside their home country with Gold & Silver positions which will be regulated by LAW and Government....and taxed & probably seized.

See your Goldonomic site for the relevant charts...and more information on the 1960 Gold pool and how the price of Gold jumped up from $ 35 per oz. To $ 850 in 1981 ( x 24) . This time will be different because the price of Gold will go up by a much bigger factor.