Out of Political Reach

This is WHY it is important to keep your savings out of political reach? 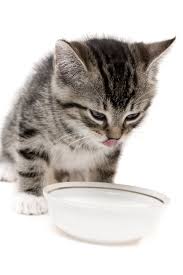 Because Authorities have NO legal jurisdiction in other countries. At least this is still true for the EU and Europe and less so for the USA since we have FATCA.

It becomes more and more apparent that the Authorities will appoint the Banks as their tax collectors: they will collect whatever tax, bail-in the Government decides to levy and pay it directly to the Government. A recent example is the 0.03% retro-active tax levied in Spain on deposits.

Because in those countries you are also a non-resident and hence not subject to the local taxation requirements (except for the local withholding tax on condition such applies to aliens) the risk is smaller. Some countries however have bilateral tax agreements where under certain conditions one can claim back part of the tax. Hence some countries are better (ask a specialist – we know) places to keep your savings. In case of a Bail-In or retroactive tax, ANY DEPOSITS (belonging to residents and non-residents) are subject to a potential legal theft!

Because sometimes the local legislation sometimes offer a higher insurance on deposits/securities and you are better covered when a financial institution goes belly up. In Europe deposits are most of the time insured up to € 100,000. In other countries the limit can be much higher: $ 250,000 and more. 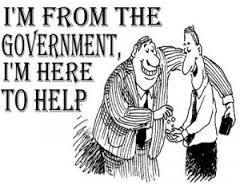 Because in certain countries there is a clear distinction between Commercial Banks and Investment Banks/Brokers. Commercial banks are a lot riskier. In Europe for example, banks are - most of the time - wholesale institutions which are at the same time 'commercial' , offer credit and mortgages and are involved in the security business. Extremely dangerous are the banks involved in Derivatives (HSBC, Deutsche Bank, Societe Generale,..._

Most of the time (this applies both the Europe and the USA) the ratio is 1% and sometimes less. This is the reason WHY the banks want you to pre-order cash...They tell you it is out of security reasons, reality is that they simply don't have it on hand.

Next comes the potential sovereign protection in case a bank goes belly up. Certain countries have banks which have NO by-banks or daughter-banks outside their country. Banks which are spread all over the world, are riskier than banks which only operate in one single country.

Example: Credit Suisse has not only banks and assets (ex. real estate) in Switzerland but also in other European Countries and the USA. The US assets can at all times be used by the local authorities to BRIBE the non-american bank. [this is what happened to BNP-Paribas, Credit Suisse].

Assuming a bank with no foreign ties becomes the subject of a bank run or if there is a pending risk of bankruptcy, the local financial authorities may decide to step in. They may take over the bank and pay out/cover all deposits. This was what happened when a bank went under in Panama. The local authorities took over the bank and paid out every last cent to its depositors. The bank is still in operation and doing well.