This is what happened the years before and during WW II 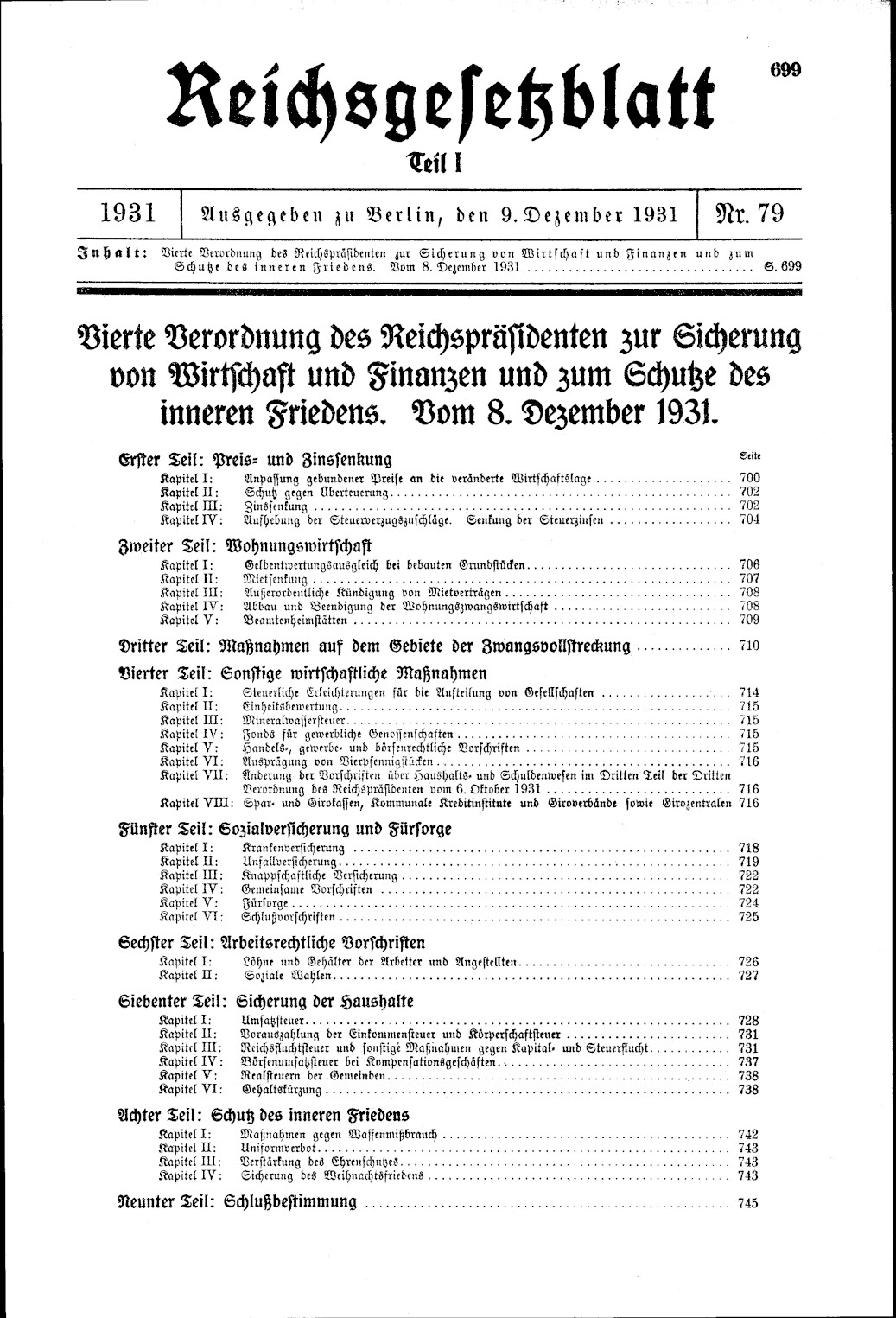 The idea that penalizing "unpatriotic desertion" (relocation overseas to avoid taxation) is not new. In 1918, the German government passed the "Law against tax evasion" (Gesetz gegen die Steuerflucht, Reichsgesetzblatt I, p.951) which was repealed in 1925.

The Great Depression of 1929, however, led to massive loan cancellations from the international banking system; this particularly affected Germany, which had an estimated foreign debt of 24 billion RM in 1931, of which 5.25 billion RM alone had to be repaid in the first half of the year.

The German government limited free capital flows and controlled the exchange of foreign currency, while also implementing austerity measures and raising the income tax. These measures precipitated a wave of capital flight, and the Reich Flight Tax was intended to dissuade would-be migrants from leaving the country.

The Reich Flight Tax (Reichsfluchtsteuer) was a capital control law implemented in order to stem capital flight from the Weimar Republic. The law was created through decree on 8 December 1931 by Reich President Paul von Hindenburg. The Reich Flight Tax was assessed upon departure from the individual's German domicile, provided that the individual had assets exceeding 200,000 RM or had a yearly income over 20,000 RM. The tax rate was set at 25 percent. 1934 the asset limit was reduced to 50,000 RM.

Today, because a lot has been digitized, this kind of THEFT is even easier to organize. For many people, because they have Mortgage-chained themselves to Real Estate, IMMIGRATION is simply impossible. They will become the SLAVES of the 21st Century. 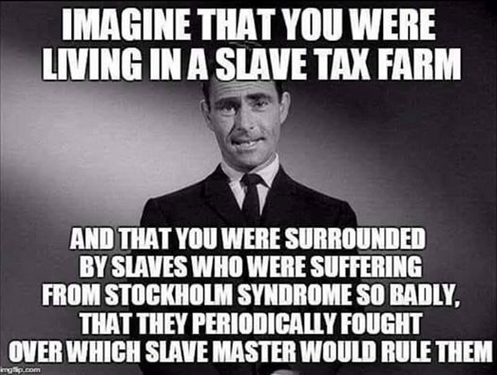 Friday, October 1st, 2021 - A new edition of the "Reichsfluchtsteuer". 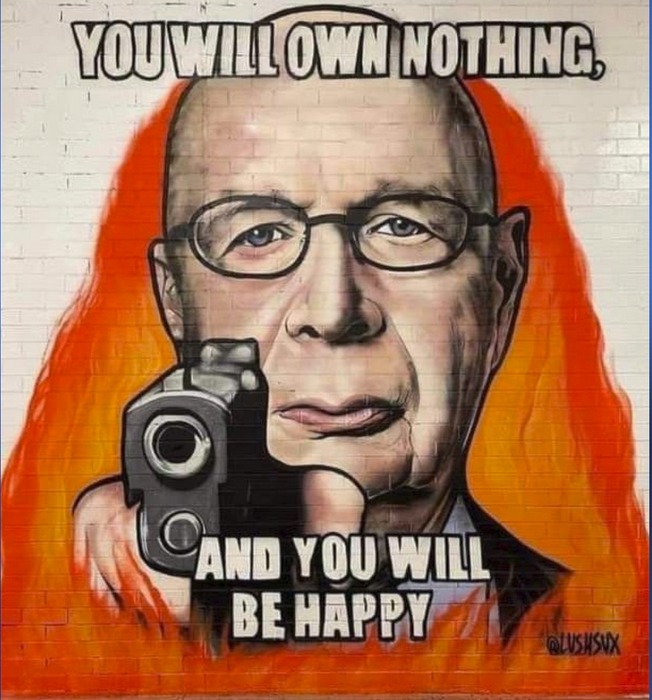 Every year, more than 200,000 Germans and many more Europeans leave their homeland for good. Most of them are young, highly qualified people. The motives of these emigrants can be manifold: Better career development and promotion opportunities, better-earning potential, lower tax burden, marriage to a foreigner, and so on.

The classic motives (high taxation and regulations) have recently been joined by the flight of entrepreneurs from excessive, if not irrational, environmental regulations and the chaos brought by the "Global Warming and Renewable Energy," as well as the flight of freedom-loving people from the “woke” and “politic-correct” mentality making personal opinions on the topics of climate protection and corona vaccine impossible.

But anyone who has had enough of the restrictions on fundamental rights, bureaucratic small-mindedness, herd instinct, and therefore strives for a new start or for a Happy Retirement in a more liberal-minded country will soon find that he cannot so easily escape the relentless grip of the EUSSR financial administration. Especially the German financial administration.

The EUSSR-welfare state is not letting its sheep go scot-free. This is because it has to implement the EU's Anti-Tax Avoidance Directive (ATAD). As of January 1, 2022, it will no longer be possible to defer exit tax for an unlimited period.

It will only be possible to pay the immediately due exit tax in installments over seven years upon request, provided that the taxpayer provides the responsible tax office with security for this purpose. According to the German Foreign Tax Act of 1973, popularly known as "Lex Horten", the exit tax is due from an equity stake of one percent in a company. The removal is deemed to be a fictitious sale of the shares in the company (including the hidden reserves accumulated since the purchase). The amount of the exit tax depends on the taxpayer's personal income tax rate.

According to the new version of the ATAD-Directive, entrepreneurs and capital owners are subject to exit tax not only when emigrating to a third country, but also when changing their residence within the EU. Specialist lawyers consider in particular the obligation of a security deposit to be highly problematic because company shares are not accepted as securities. If the taxpayer in the EU (Germany) does not have real estate, federal treasury bonds, or demand deposits whose value is recognized as sufficient by the tax office, the exit tax may become due immediately even when moving within the EU. This can cause serious liquidity problems for Small Medium Enterprises. Moreover, in the future, profit distributions or repayments of capital contributions in excess of 25 percent of the taxpayer's share in the business will also lead to immediate payment of the exit tax. According to business lawyers, this can lead to the "locking up of assets" in corporations.

"Emigrants had to pay a 25% tax on their assets to the Government!"

The current tightening of the taxation on the assets held by emigrants reminds me of the "Fourth (Emergency) Decree of the President of the Reich for the Protection of the Economy and Finances and for the Protection of Domestic Peace, issued at the end of 1931, which has gone down in the history books under the official abbreviation "Reich Flight Tax". See our earlier article...click here.. See our earlier article...click here.

This tax was initially levied on all emigrants whose assets exceeded 200,000 Reichsmarks or whose annual income was higher than 20,000 Reichsmarks. The tax rate was 25 percent of the taxpayer's assets. Initially, the Reichsfluchtsteuer was to be levied for only one year. But under the short-lived Schleicher government, the validity of the emergency decree was extended by two years. Before 1933, however, this tax provided the state with little revenue, because during the Great Depression there was little incentive to emigrate, as the situation was equally bad almost everywhere.

Then Hitler came to power. The Nazis deliberately used the Reich Flight Tax, which they had not invented, to plunder Jewish emigrants, who were eventually left with little more than pocket money at the beginning of World War II. Until the infamous Wannsee Conference in January 1942, the Nazis' official goal was not to exterminate the Jews but to drive them out of Europe.

In May 1934, the "Law on the Amendment of the Regulations on the Reich Flight Tax" lowered the wealth limit to 50,000 Reichsmarks. Whereas before Hitler's seizure of power not even one million Reichsmarks had reached the state coffers via the Reich Flight Tax, the revenue rose almost exponentially in the years that followed.

Bank and securities deposits of German Emigrants were transferred to blocked accounts and could only be transferred abroad, if at all, against high deductions. In total, the state took in almost a billion Reichsmarks via the Reich Flight Tax, which was a lot of money in those days.

This guy is CRAZY and a CRIMINAL! https://t.co/NmXQLJDr8U

@Goldonomic. OFF COURSE NOT! such is by definition "impossible" Inflation is not ‘transitory,’ says Fed chair — RT… https://t.co/sj4Z0uL94c