100% SURE THAT WISENOSES WHO DON'T PREPARE NOW, WILL BE LATE.

One year Free vault for each new subscriber! 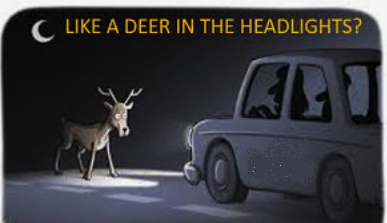 This is how dangerous it is: $30 billion evaporates in one weekend's time...see last week's update for details. People will NOT GET out in time...the HERD will ride out the whole crash and collapse and most people will have their capital totally destroyed.  My experience is that people, just like deer, keep looking at the headlights instead of taking action.

"At this time, the biggest holdup of the 21st century is happening!"

Why are they doing this? Since no benign reason is apparent, the use of vaccine passports along with a “banking reset” will probably issue in "totalitarianism" unlike the world has ever seen. Recalling the evil of Stalin, Mao, and Hitler, “mass depopulation” remains a logical outcome. Alert people know that this COVID-thing is misused to consolidate POWER and COMMUNISM (we will all be happy and have nothing).

East Europeans lived, smelled, saw, felt, experienced communism. They now see it is has become a reality in West Europe. Premier Orban totally confirms our conviction that the COVID-VIRUS has transformed Europe into a COMMUNIST continent. Venezuela, here we come.

The investors we meet in our business are people who are risk-averse and therefore very much focus on wealth preservation. These investors buy physical gold (& silver) because they are concerned about the excessive risks in markets. They want to protect and ensure their wealth against unprecedented financial and currency risk. Like ourselves, these investors consider physical precious metals, stored outside a fragile banking system, and out of political reach as the ultimate form of wealth preservation.

Today, investment gold represents less than 0.5% of world financial assets. This means that only a minuscule percentage of investors insure their wealth in gold. This is clearly surprising bearing in mind that over 6,000 years gold is the only money that has survived.

The biggest holdup we are talking about is the exponential increase in MONEY SUPPLY.  It started towards the end of 2019. The charts below show the extraordinary event which is happening right under our noses and which goes unnoticed by the Mainstream Media because all attention is focussed on this COVID-thing. What is happening right now would make James  Bond jealous. Because of the vertiginous increase (more than doubling) of the Money Supply, the money in circulation has - in a few months' time - lost about HALF and MORE of its value...and so has the value of all assets expressed in Fiat Money. Only, at this point, NOBODY seems to realize this bitter reality.

Expect PANIC when the HERD realizes what happened and how Central Banks bought ASSETS to cover up the operation.

Australia is just one of the many examples. For the U.S.A., because the FED no longer publishes the figures, it becomes difficult to get the statistics. For the E.U. it is even harder as the ECB is not so transparent as the FED. But we know, this scenario is unfolding all over the Western World.

This is no longer a time for GAMES.  The Financial Situation of the World has become explosive. Impossible to forecast WHEN the catharsis will happen...but it probably will be soon.

But don’t expect the government to sit idly by while the dollar, euro, sterling, yen,... crashes and capital leaves the country. There is “the possibility of capital controls & Reichsfluchtsteuer” to prevent money from exiting the United States, the EU, the UK, Japan, Belgium, The Netherlands,...as well as “prohibitions against capital movements to other assets “Gold, Silver,...”

Thursday/Friday, April 7-8 2021, - As a rule, during times of high inflation and hyperinflation, wages & pensions become WORTHLESS!

The narrative is that the West is the LAND of the FREE...I'd rather say "WAS". Today, everything is controlled. The tax and legal codes are dangerously complicated. So complex that they make a criminal of almost every citizen. Part of this problem is deep-rooted and the result of a failing EDUCATION system and also the END of a natural cycle. One could call it Sodom and Gomorrah.

The video below is characteristic of what today's world has become. Be sure to watch it all the way to the end.

"As a rule, during times of high inflation and hyperinflation, wages become WORTHLESS!"

Wages and pensions become worthless. Even with little or no unemployment. As a consequence, the price of High Order Capital Goods and Equities, Real Estate,...) always CRASH  while the price of Low Order Consumer Goods (food, utilities, energy, commodities,...) rises exponentially.

Uncle Sam needs you! What many don't know, is that in the 1930s the people were pushed by the media (propaganda) to bring their gold to the government in order to save the country. The mainstream narrative was different from what is today but was existing. During World War II, the Mainstream Media and narrative were that people had to buy WAR-BONDS.

Today, at this time, there is still no direct need for the government to go after gold because nobody holds gold (only 0.5% do). Gold holders are in a minority. Many don't even know WHERE to buy Gold and most people don't see the necessity to store their gold & silver out of political reach. This of course can and will change rapidly once the economic and financial situation degrades.

Authorities can do the following:

So people may have to sell their gold  & silver on the black market or simply use the gold and silver coins as means of payment. Therefore one must hold coins and not bars. Also, confiscation of bars is possible (and easier) whereas the confiscation of numismatic coins normally never happens. [munismatic coins are coins with a Dollar, Euro, Sterling value] NEVER forget that bad money drives out good money in circulation. Gresham's law.

The blowup of the Archegos Hedge Fund will be the first of many to come. Be aware this kind of catastrophes NEGATIVELY affects ALL BANKS & Financial institutions. 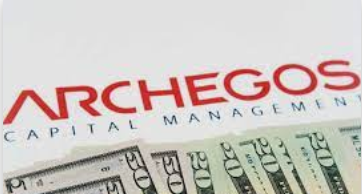 Morgan Stanley dumped $5 billion in Archegos’ stocks the night before a massive fire sale hit rivals. (used inside information = a crime) But the investment bank had and withheld the information it didn’t share with the stock buyers: The basket of shares it was selling was merely the opening salvo of an unprecedented wave of sales by Morgan Stanley and five other investment banks starting the very next day.

Soon or later this will result in The Big Financial Crisis of the 21st century. Goldman Sachs, Morgan Stanley, Deutsche Bank, Credit Suisse ($4.8 billion loss), and Nomura ($2 billion loss) combined are facing a 6 billion dollars loss. No doubt the mother of all systemic financial dramas is yet to come. This will ruin the entire monetary system. Little doubt this disaster will become a GLOBAL, long-term event.

Intelligent people buy Physical Gold and Silver and store them in a VAULT out of the banking system, and out of political reach.

Replace in the story (video) Louis XIV with the Western World Governments, replace John Law by the Central Banks, replace the IOUs by Digital Fiat Money, replace Louisiana & the Mississippi Company by the Stock & Bond markets and Real Estate...it's just the same PONZI scheme over again...Just like during the reign of Louis XIV, most people (95% of the population) have not the brains, the understanding, nor the balls to watch the video below in order to try to understand that WEALTH CANNOT BE CREATED OUT OF THIN AIR.

It was one of the most sensational get-rich-quick schemes heard of in a long time, but it eventually burst over the head of its originator, John Law. This "rags to riches to rags" story, in which the plan was to open a bank and exchange banknotes (paper!) for gold at wildly inflated share prices, ends when John Law, having been cleaned out as a result of a rush to cash in the notes, is left broke and broken-hearted.

The Fiat Money game they played since 1971. Or 52 years. We have bubbles everywhere and we know these are about to bust. We just don't know when and what will be the Black Swan which makes it happen.

People don't know and don't WANT to know what is coming. The video below will sound familiar to those who watched the John Law video above. Be advised that financial and economic trouble ALWAYS ends in a (civil) WAR, bloodshed. This time won't be different.

Those who pretend we shall see no inflation because of an aging population and falling demand and lower unemployment must be living in a pre-historic hole....and don't SEE what is happening in countries like Venezuela. These false prophets don't know the exact definition of inflation and must be locked up.

In the beginning, THE HERD even loves inflation. Because of inflations, higher salaries are paid out; the value of assets (shares, bonds, real estate, collectibles,...) rise (bubbles) giving the impression that each day they are getting richer. A very DANGEROUS TRAP it is.

And YES, the WESTERN WORLD (not only America) is DEAD...and few realize it and prepare. People who refuse to learn from history are forced to repeat it.

Are you gambling your savings in order to earn more DIGITAL FIAT MONEY (like The Herd does)...or are you wisely preparing for the inevitable? The bellboys, shoe shiners, and taxi drivers of the 1920s are today's Stock Market letters, Financial Guru's, Algo-advisers,...are those promising you SUPER-PROFITS. A lot of easy money and immediate gratification. And you know what, they will all be right until they are no longer and the day comes where The HERD loses it all and many jump of a bridge or a skyscraper.

Reasoning people KNOW what will happen...the pictures below should tell more than 1001 words. Bubbles do burst without warning. Once they do, it's too late to run. When they do, they take all the FIAT ASSETS along...just like happened at the time of John Law when the Ponzi scheme organized by Law and the Royal Bank failed and the currency became worthless as people realized the Mississippi company and Louisiana were worthless.

People who take the risk to ride the FIAT BUBBLE ASSETS must be aware that the day the bubble deflates, they will lose it overnight. Only Gold & Silver service and prosper. The charts below don't leave any doubt and clearly show what happened in Venezuela. Same scenario as in Zimbabwe, Weimar. [note the process always takes 3 waves and so far in Venezuela we only had 2 waves] 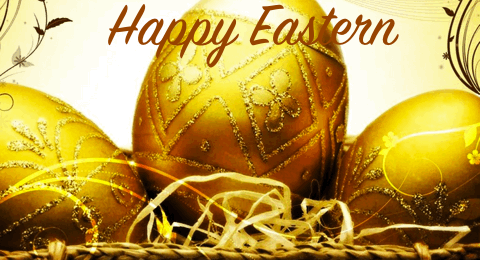 ECB to gobble up more debt next year than governments can sell https://t.co/uzPEUT3Txz via @financialtimes

RT @adamseconomics: 🚨 BREAKING 🚨 In the past 24 hours, KITCO’s media director has sent e-mails to gold & silver market commentators to REF…

EXCLUSIVE - Former Pfizer VP: ‘Your government is lying to you in a way that could lead to your death.’ | News | Li… https://t.co/w7QQxbWBaL