The Best Hospitals in Panama City 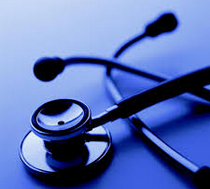 Panama has a very good healthcare system and is very inexpensive compared to North America and Europe.  Panama has several local insurance companies providing medical insurance coverage for as low as $35 a month.  There are healthcare insurance plans covering up to 80% to 100% of the surgery, hospitalization, medicines, and therapy.

Panama health care costs are half that of the United States and more foreigners are taking notice.  Panama City has many good dental clinics and four large hospitals which are affiliated with respectable U.S. medical hospitals and offer first-class equipment and facilities.

Regular medical care, all types of surgery, hospitalization, and minor & major dental care in Panama cost less than half as in Europe or the U.S.  For example, an MRI costs $900 in Panama while costing $2,000 in the U.S.

The best private hospitals in Panama are in the capitol.   They offer the highest levels regarding excellence in care and superior medical procedures, technology, and equipment.   Four of them affiliate with prominent U.S. hospitals.

The 4 Major hospitals in Panama City include:

Centro Medico Paitilla Located near the main ocean view Balboa Avenue, this hospital affiliated with the Cleveland Clinic where the two hospitals hold joint annual conferences in Panama for the past eight years.   This hospital boasts having Panama’s best-known Oncology Unit.

Hospital Nacional Located just 3 blocks from Balboa Avenue, this hospital is run by the American Hospital Management Company which affiliates with the Kendall Medical Center in Florida and the University of Nebraska Medical Center.

Hospital Punta Pacifica This hospital is newer than the other three and is considered the most technically advanced hospital in all of Latin America.   They have state of the art diagnostics.  They offer advanced video conferencing allowing authorized doctors around the world to watch surgeries, view and analyze patient data.   This is the only hospital and medical center in the Caribbean and Latin America region affiliated with Johns Hopkins Medicine International.   Johns Hopkins Medical Center is rated the Number 1 hospital in the USA.

Many Doctors in Panama are U.S. Trained 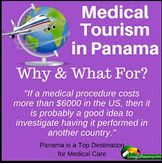 Another reason the health care in Panama has such a good reputation is that many doctors here are the U.S. trained and speak English.   The standards at the top hospitals in Panama compared favorably with those in the U.S., Canada, and Europe.

Panama’s private health insurance is available with several insurance companies including Blue Shield with premiums costing much less than insurance in the U.S.  In addition, Panama’s medical fees and hospital stay costs are much cheaper.

One popular Panama hospital plan is with Hospital Chiriqui in David which is a city of 100,000 in the interior.   This private Panama hospital is modern and treats expats living in the Chiriqui province and as far away as Bocas del Toro.  Members receive discounts from 50% to 70% for most procedures.   This is on top of the fact that this hospital is inexpensive, to begin with.

Many foreigners are taking advantage of Panama’s health care through Panama “medical tourism” programs that are increasing quickly in popularity in the Central American city.

Panama health care is so good that Panama “medical tourism” companies are flourishing.  Most of the participants come from countries where health care is prohibitively expensive.   Foreigners come for just about every type of procedures from cosmetic surgery to complete dental work.   Panama medical tourism companies offer help with all arrangements including booking the procedures and with airfare, transportation, and hotel stays.

Medical procedures in Panama can cost half than the cost in the U.S.   In addition, Panama City as an international hub is easily accessible from nearly all parts of the world.

Wall Street heads for its worst first quarter ever https://t.co/lhiCKMtCx4