South Africa is walking the same path as Zimbabwe and I POSITIVELY ADVICE AGAINST ANY KIND OF INVESTMENT in SOUTH AFRICA. If you are white, you are game.....(May 1st, 2017).

South Africa is a precursor of what is to happen in the EUSSR, the USA, Canada.

The 80% to 85% loss of the exchange rate does not make up for the higher SA-Real Estate prices. Add to this, that it is not easy to SELL Real Estate in South Africa and to get your currency out of the country.

February 2018 - We advise WHITE people to sell any Real Estate property and to transfer the funds abroad...while it is still possible.

Posted May 1st, 2009 - The Mountainlands not only is paradise, but it also is an adventure... click on the pictures.

The world will always offer niches...click on the picture for your private Safari 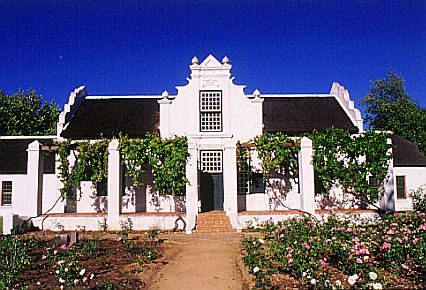 Johannesburg - The proposed amendment to the Municipal Property Rates Act recently published in the Government Gazette could sound the death knell for the residential rental property market. Property experts have said the amendment also represents a serious threat for the rest of the housing market – and could put property prices under serious pressure. People renting a property will probably also have to pay more. In terms of the amendment a property used to house people other than the owner for financial gain will, in terms of property rates, no longer be assessed as residential property...What this amounts to is that investors in residential property who let the property will in the future be assessed at the much higher business rate instead of the residential rate.

In Cape Town that for an R1m property will increase from R375 to R935. Property experts reckon the proposed amendment could lead to at least two worrying scenarios.

First, investors who bought property to let could flood the market with their properties because the additional expense no longer makes it worthwhile to let the property. Someone in Pretoria letting an R1m house currently receives between R6 000 and R7 000 in rent. If he has to cough up an additional R1 400 for rates, his yield is certainly no longer worthwhile. These units could further swamp the property market, which already has a significant oversupply of houses. Prices would come under pressure....click here for more

The bigger group is people who bought holiday homes during a time of easy credit in 2005 and 2006 and overextended themselves. "It was a speculative market that came to a sudden halt during 2007."

Household finances – more than 11m South Africans are now behind on their debt repayments – are being squeezed and widespread job losses are contributing to insecurity, leaving many families desperate to get rid of these properties. Pensioners are also putting their homes on the market. They have seen their income drop as interest rates fall to the lowest levels in decades, with the sharp increase in municipal rates and taxes adding to the pressure...more

Johannesburg - Year-on-year house price deflation is expected to last well into 2009, according to FNB property strategist John Loos. He says that an expected series of interest rate cuts should have some positive influence on residential demand, although this influence will be partly negated by weak economic growth as the global economic crisis continues. But despite some demand recovery, oversupplies of stock could take a while longer to be mopped up, and as such the FNB House Price Index is expected to show year-on-year deflation for the entire of 2009. "As we go into 2009, the recent history of residential property performance continues to look bleak, to say the least, and year-on-year price deflation is expected to be with us for most of, if not the entire year," Loos said on Monday.

Zimbabwe, here we come. Or how politicians will make depression out of a recession!

Cape Town - Foreigners may soon no longer be able to own South African property, and will instead have to settle for leasing land if legislation that's been three years in the making is implemented. Thozi Gwanya, the director-general for the department of land affairs, says a policy that regulates ownership of land by non-South Africans is currently being developed and is necessary for the interest of sustainable development.

The department, says Gwanya, engaged the services of a team of experts who compiled a report which recommended that the ownership of land by foreigners should be regulated. The report indicated that stronger foreign currencies (forex) enable foreigners to buy more land, including land that is strategically situated such as coastal and agricultural land," says Gwanya. "It recommended a moratorium on the sale of state land to foreigners. It further recommended that land is leased to foreigners, as opposed to full ownership.

Johannesburg - Declining confidence levels among both the residential and non-residential building contractors suggest that the building industry may continue to see a significant slowdown in demand in the coming months, which does not bode well for the overall building industry.

This negative outlook, particularly regarding the residential building industry, will continue to be driven by the upward cycle of interest rates. The probability that rates will increase again in August and October is set to further exacerbate the pressure on the industry. With regard to the non-residential building sector, the negative impact of rising interest rates and input costs is likely to be counterbalanced, to some extent, by the build-up to the 2010 World Cup. Year-on-year real growth in total building plans passed declined significantly in May to -36.2% from positive growth of 9.6% in April. This decline was led by decreases in all the three categories namely: non-residential building plans, which recorded growth of -15.6% in May compared to 84.4% in April, growth in residential building plans declined from -3.1% in April to -45.7% in May and additions and alterations fell to -32.3% from -3.1% April

"In our view, we have in all likelihood entered a period of national house price deflation which we see as a correction in house prices to more plausible levels. This trend has merely been exacerbated by rising inflation and higher interest rates in an environment of record-high household indebtedness." The bank cautioned that conditions in the residential property market are likely to deteriorate further in the coming months.

"The SARB (South African Reserve Bank) will in all likelihood increase the repo rate by another 50 bps at the Monetary Policy Committee Meeting (MPC) meeting later this month. There have even been suggestions of an increase of 100 bps at the June MPC meeting," the bank states.

It cautioned however that a further interest rate increase will merely cause more deterioration in the affordability of residential property, which will lead to a further reduction in the volume of new mortgages granted and registered and lead to even softer house price growth. In other words, the Credit Crunch is also active in South Africa. "A prime rate of 15.5% p.a. will mean that the monthly mortgage installments will be approximately 36% more than they were in June of 2006 when the current bout of interest rate increases commenced," it added.