Updated January 25, 2023 -  a Breakout we have and BREAKOUTS point to Hyperinflation: ALL commodities flash BUY signals! 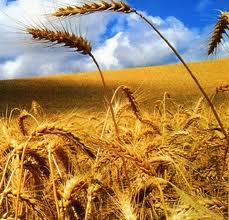 A BOTTOM, BEAR TRAPS, and the bullish wedges are coming alive and resulting in dramatic price rises...is this the beginning of the HYPERINFLATION? Remember the years and months preceding the Weimar Hyperinflation...EXACTLY the same scenario we had as we have today (July 2015)

Because of stupid mismanagement, authorities have eliminated the natural forces, which usually correct for food shortages, and are therefore making the present situation worse than it would have been without intervention. Additionally, Goldman Sachs & Co. could have RIGGED prices in this sector.

"Can you believe that some stupid-petty-government-officer in Brussels is deciding about the Agricultural sector in the EU?!"

People KNOW food is getting extremely expensive. Anybody doing some shopping also knows that $ 1 for one tomato is no exception, and when the price for a food item goes up from $ 1 to $ 1.20, this is, in fact, a 20% increase.

Volcanic activity and eruptions are predominant factors for bad crops. This will add fire to food prices going up due to monetary inflation. Expect to see politicians blame speculation and Global Warming for the direct consequence of their own stupidities (killing the goose with the golden eggs). Expect more social unrest as FOOD becomes EXPENSIVE! + 150% year to year or FOOD has become VERY EXPENSIVE and will become even more expensive in 2011! Since 2004 agricultural prices have increased by 267% when expressed in Dollars and 215% in euros. 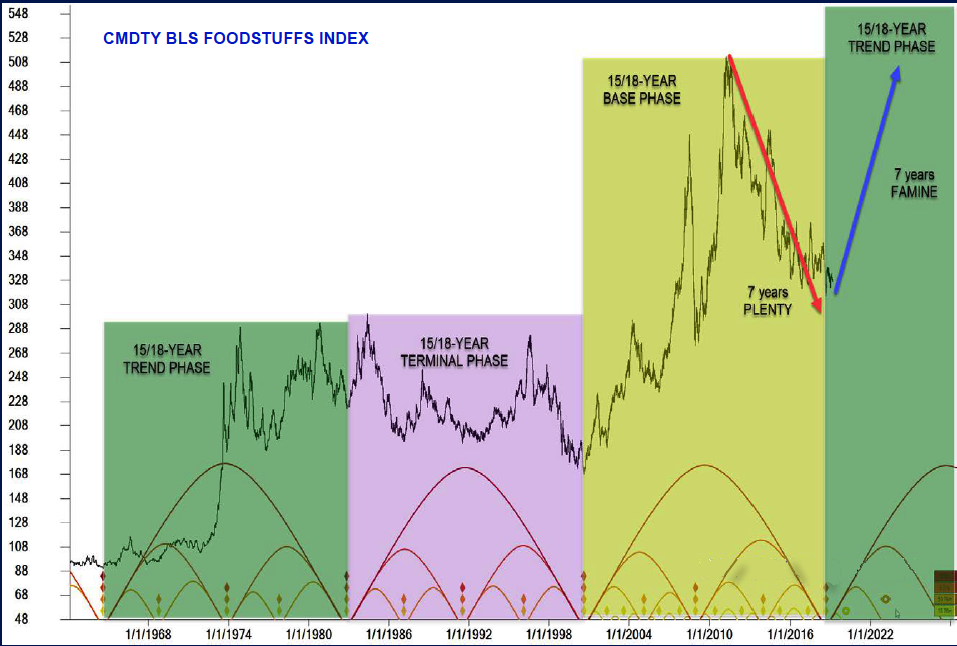 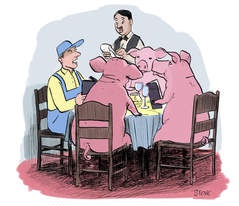 Agricultural products are LOCG (low-order consumer goods). 2009 proves the price action of 2008 was a Bear Trap. September 3, 2010, we have a CLEAR fresh breakout! There is no doubt this will have a severe impact on the cooked official inflation figures. The price of Agricultural products fluctuates differently compared to the price of other commodities as a shortage in supply can and is adjusted a lot faster. Farmers automatically plant more crops when prices go up. Most of the time, Miners need 5 to 7 years to adjust production. The price of crude oil is also essential for farming as it affects the exploitation price (fertilizers are also oil derivatives).

Especially in Europe (just like at the time of the USSR), the stupid politicians made food (pork) cheaper than the cost of feeding the pigs. Such is not only the result of political intervention but also one of the effects of Fractional Reserve banking and the creation of fiat money out of thin air...

Over the last year, many food commodities have broken long-term inflation-adjusted downtrends. This suggests that while characteristically volatile and subject to weather events, most food commodity prices can be expected to sustain levels above their historical norms during corrective phases.

The FOOD factor is (like energy) vital for Society. Historically, a food shortage or expensive food has resulted in significant societal shifts. Belgian became independent in 1830 (there was a depression at

that time), and the driving forces behind the French Revolution were the agricultural disasters of 1770-90. [ remember the people standing at the gates of the King's palace in Versailles complaining there was no food for the children...and Marie-Antoinette telling them that they should eat Cake in this case. Today is no different - Sanchez (Spain) forces people to switch off the Airco under 27 Degrees Celcius and not to heat unless colder than 19 degrees Celsius.]

The situation in North Africa and the Middle East directly results from expensive food. Those countries feel more pain as their fiat currencies have traditionally been weak because of their Rulers' mismanagement.