The Western Financial System Is In A State Of Collapse

The reason for this coming broker-dealer crisis is simple. The entire western financial system is built on debt – it’s an anti-capitalist system set-up to make the rich richer and the poor poorer. It started in 1913 with the founding of the Federal Reserve, it went further down the slippery slope with gold confiscation in the US in 1933 and reached the beginning of the end in 1971 with Nixon closing the gold window, turning the US dollar (officially called the Federal Reserve Note) into a complete fiat currency.

In more recent times, it was the repeal of the Glass-Steagall act that allowed investment banks to acquire broker-dealers, and pass the risks of 100-1 leverage downstream to all client accounts. Therefore, your stock investments are now only as safe as the speculative portfolio of your broker-dealer. Considering most Western Investment Houses are leveraged at least 40-1, this means your stocks are no safer than a 40-1 bet on European bonds (with which most western investment banks are leveraged to the teeth).

Some believe their stocks will be protected by the Securities Investor Protection Corporation (SIPC), which insures stocks accounts from broker collapse up to $500k for securities, and account cash balances up to $250k. But what if you have more than $250k in cash and/or more than $500k of securities in your account? What if one of the largest broker-dealers in the country went bust, bringing down thousands of accounts and depleting the entire reserves of the SIPC? What if the SIPC itself goes bankrupt? What few people are aware of, is that the SIPC only carries about $1 billion in funds to cover investors! This means only one or two high profile broker-dealer bankruptcies will be enough to completely wipe out the SIPC.

Some may claim the US government will bail out the SIPC to whatever extent needed. But what if two major broker-dealers went bust while at the same time the US government suffers a major Treasury bond auction failure? This is all but a certainty in the coming years.

And the same thing applies in Canada to Canadian brokerages and Canadian stocks. The Canadian economy is intricately tied to the US. In fact, not many people are aware, but all that backs the Canadian dollar is the US dollar. The Canadian Government sold all it's gold decades ago.

The entire monetary & financial system is headed for its final destination – total collapse… and 2008 was just the beginning.

November 2010 - The FDIC loses $25 Billion in one Year. "According to the country one lives in and where one has his deposits, these can be guaranteed by National/Federal institutions up to a certain maximum amount"

This is how the banks are melting away... 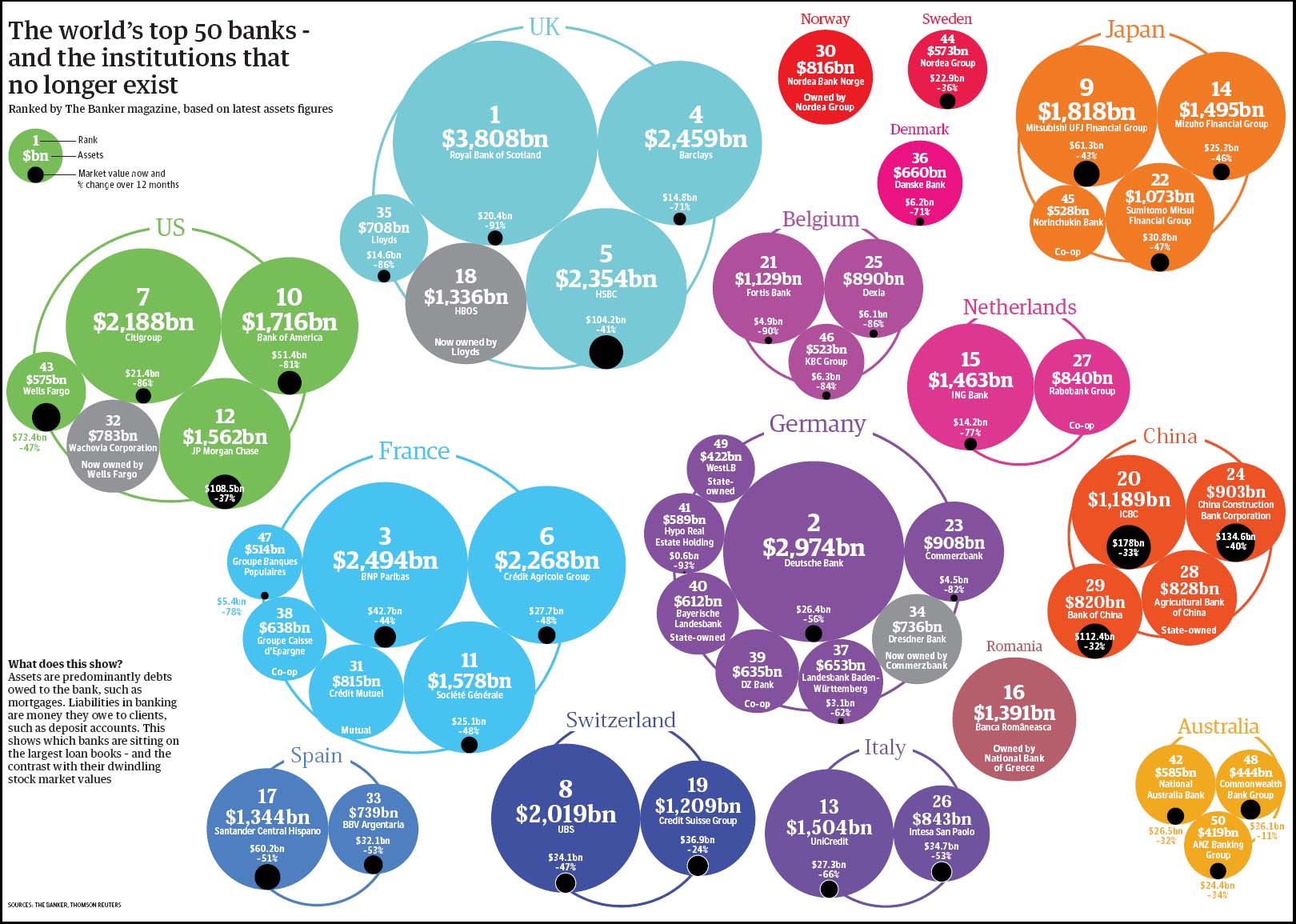 Updated December 2009, the FDIC itself needs to be rescued: Ratio for September is - 0,16!

Testifying before members of the Senate Banking Committee, the nation’s top commercial bank regulator stressed that her agency was taking immediate steps to replenish the dwindling fund. But she said those efforts would not put the rescue fund in the black until a little more than two years from now at the earliest.

The fund has come under severe strain in recent months amid the recent surge in bank failures. Ninety-eight banks have failed so far this year, which has reduced the fund’s value to $10 billion from $45 billion a year ago.

Is getting to a point where they need recapitalization, with 199 banks on the troubled list and probably a lot more to come.

Is a joke capitalized at $1.5 billion yet they are still quoted as the guarantor of all security values at all brokerage firms.

Up to which limit are you savings/deposits with a bank insured/protected?

This list will be updated as we receive fresh information: levels fluctuate and are adjusted each day as political authorities change their mind. PLEASE consult your banker for confirmation.