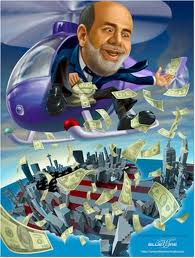 Hyperinflation is caused not by facts but by an intangible: the sudden realization of what had been there all along but hadn't been recognized. Today inflation is rising slower because the velocity of the growing money supply is momentarily coming down. This is a normal phenomenon in an inflation and hyperinflation cycle.  On April 15, some talking heads pretend the US has fallen into Deflation, and the UK is to follow. This happens because they do not understand what Inflation, Deflation, and Hyperinflation is.

The most challenging concept for the professional public to understand is that hyperinflation can exist along with a totally disastrous economic environment. Hyperinflation falls flat because it fails to consider the infinite velocity of money that a Weimar creates during a depression economy as a product of throwing monetary discipline at the wall.

Basically, there are 3 inflation fazes:

The velocity of Money is still negative. Hyperinflation will start once this trend reverses.... as it did in Argentina.

To stop inflation, they should stop Fractional Reserve Banking and the creation of Fiat Money.

The Calendar of Modern Hyperinflations:

For the moron financial TV hosts claiming that significant inflation is well down the road because inflation requires a business recovery to occur: 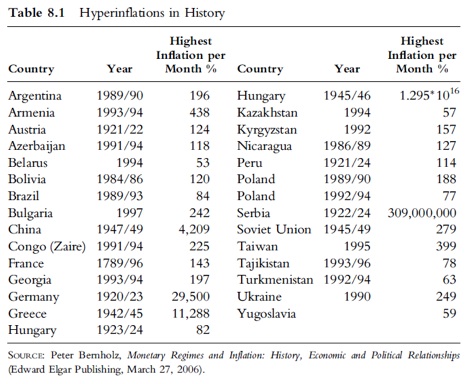