The evolution of our LAZY PORTFOLIO since we started to publish it on Goldonomic: 125,48 oz. was our initial (pre-2008 crash) Gold position. [Dividends etc. are NOT accounted for].

"It is very hard to beat GOLD!"

note-Jan 3, 2017: As every investor acquires his positions at a different price and time, we have experienced that it is practically impossible to run a model portfolio over an important time span. We shall, however, continue to update from time to time our model portfolio as it remains an important parameter as to WHEN certain stocks are cheap or not. TODAY there is no doubt the JUNIORS are A LOT CHEAPER THAN THE MAJORS. 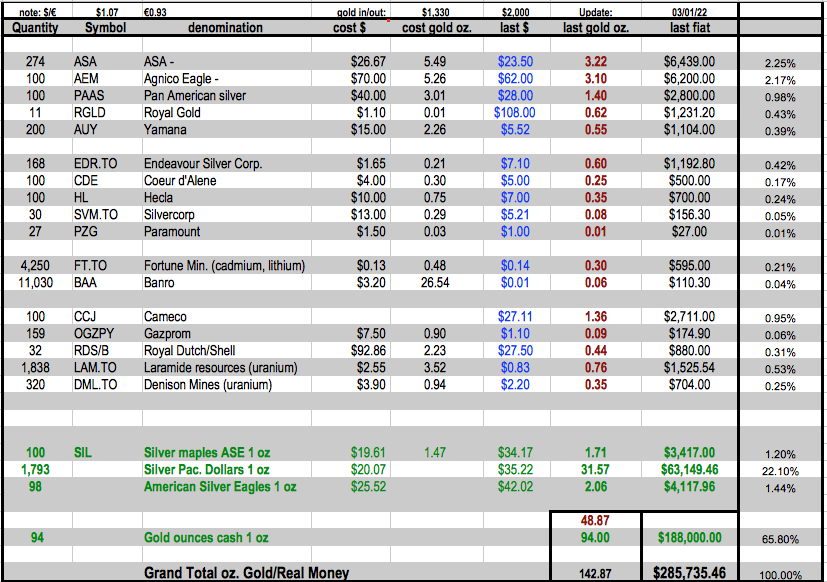 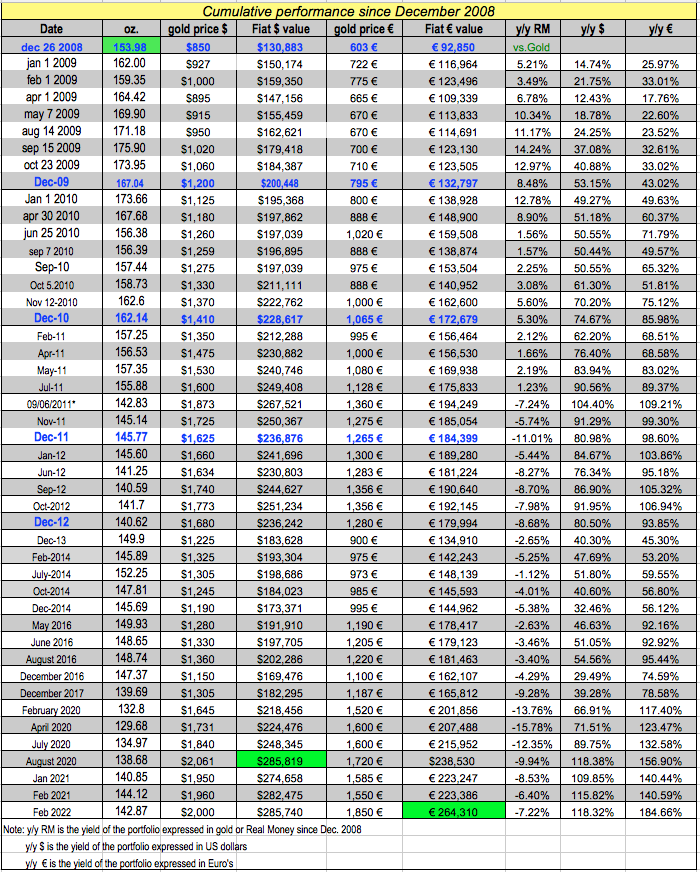 Whatever is said and written, Stocks and Gold/Silver are still the safest way to keep your savings. The alternates: Real Estate and especially Treasuries, Bonds, and derived products like Saving Accounts, Manufactured investment instruments and Derivatives are a ticking time bomb. It is correct that both the Dollar and the Euro were saved by the politicians in 2011 but this doesn't imply they will also succeed in 2014/15. As a matter of fact, I believe 2014 will be A LOT WORSE than 2013! 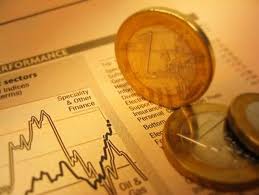 " In the first instance, the single best way to build wealth now, while there is still time to do so, is in carefully selected gold and other resource and energy stocks. In order for it to be free from the threat of confiscation, at least some part of your wealth needs to reside in a country where you don't. To state the obvious, I would be very cautious about traditional stocks and bonds until we see how things shake out. Rather, get positioned in gold and silver stocks now, ahead of the curve, then sell out for a big profit to the panicking masses and move an increasing percentage of your wealth into tangibles such as gold, silver, and maybe, as part of a diversified portfolio, real estate in especially attractive areas – but only after the bubble has decisively burst.) " Doug Casey

Candidly, we think that at this time most GOLD and Silver shares and especially Junior Gold and Silver shares have become better investments than Gold and Silver options ever can be and that they can triple overnight. (August - December 2015) I lived similar experiences in the 1980s. One must, however, exercise PATIENCE: Price most of the time goes up when nobody believes it will and when sentiment is negative.

The portfolio holds approximately 65% Gold, some Silver, 20% Gold & Silver mines,  and 15% Oil and Uranium shares. (figures in the last column are calculations based on the gold price). The portfolio is a TYPICAL LAZY INVESTOR PORTFOLIO. No trading and infrequent BUY/SELL operations. It doesn't reflect the boom in Recession Proof shares we had since the Fall of 2011 because we did not feel like selling some of our physical gold position to increase our stock exposure.

Some day in the near future this rigging will stop working and silver price will at least DOUBLE overnight! https://t.co/TvAbKcxw4d

RT @George_Glynos: An oldie but a goodie and perfectly apt in these times. Some truth for ⁦@MYANC⁩ https://t.co/caYir26LbH