Sooner or later, the price of Gold will return to NORMAL...

The standard average ratio between the Dow Jones Industrials and Gold is 1:1

Looking at the gold: silver ratio, we also see a total disconnect from reality. Moving from 96.5:1 recently to a current ratio of about 86:1, a move in the right direction towards the ratio of 7:1, at which the miners are currently recovering silver to gold, indicates to me something brewing in the market. Assuming the current price of gold is around $1700.00 at a ratio of 7:1, silver would be around $250 per ounce.  If it only goes back to 16:1, which was historical, it gives a price of $106 per oz. 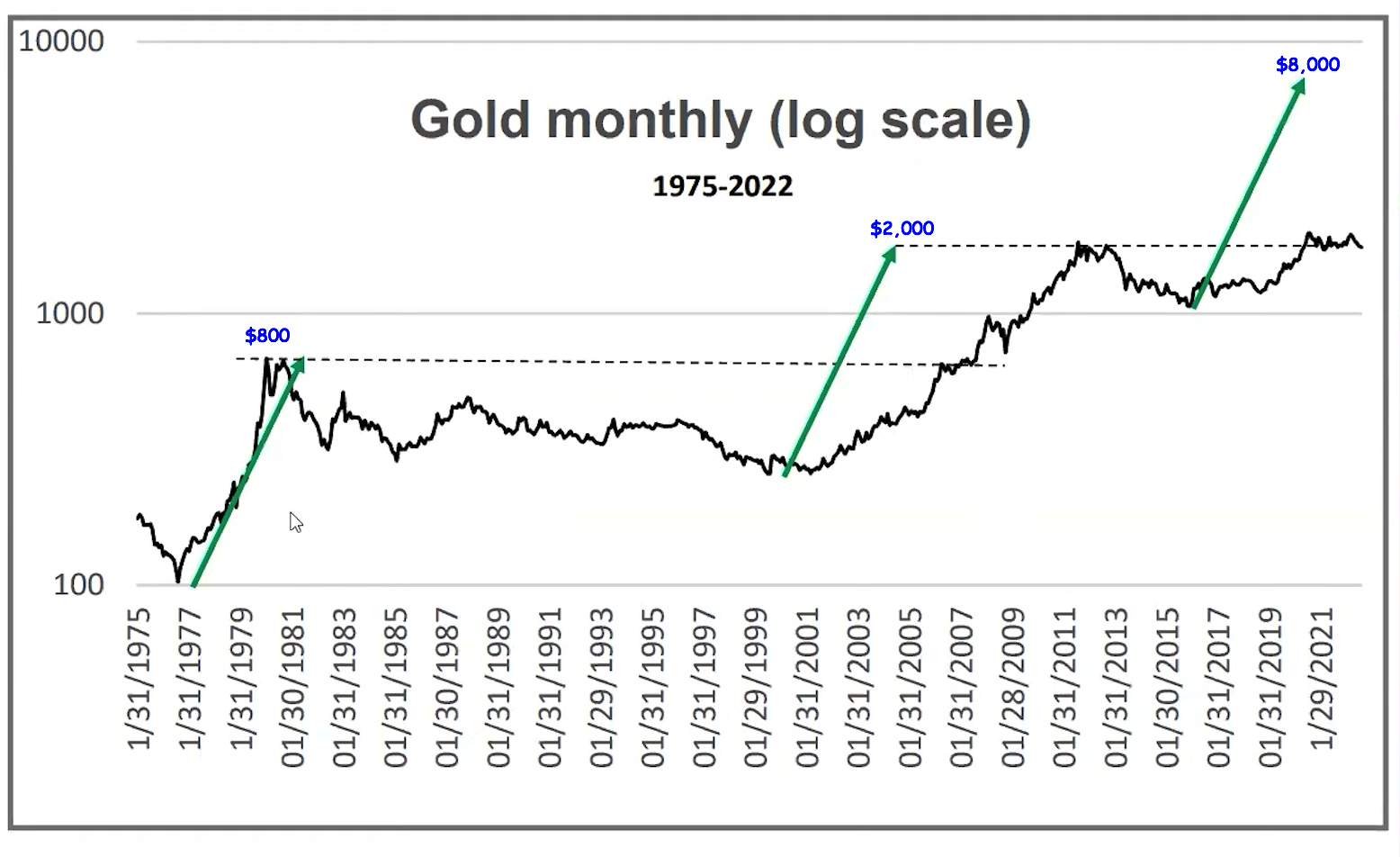 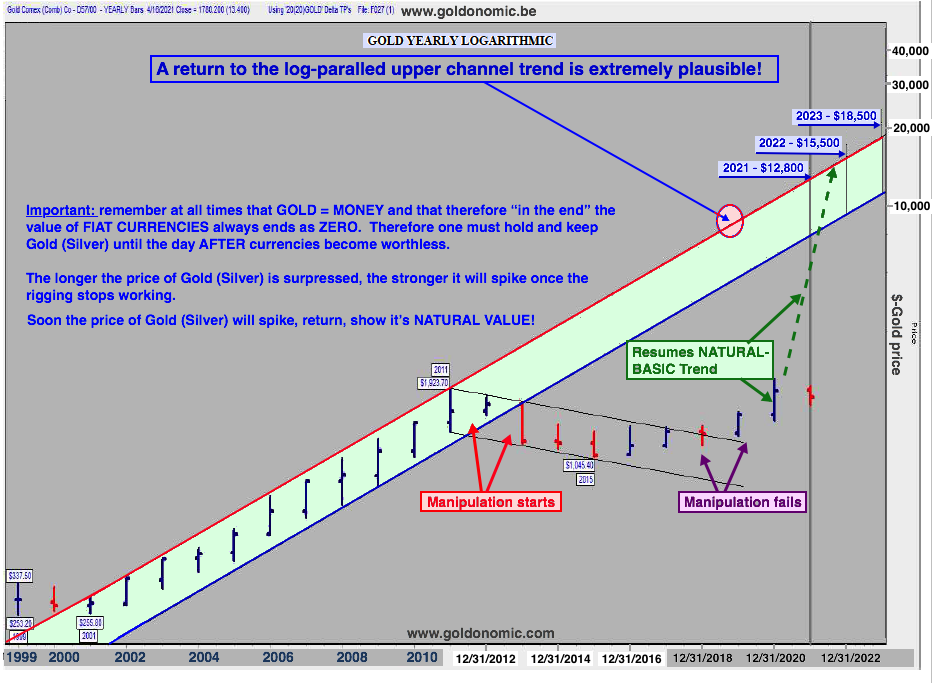 Gold cycles with a new record not later than 2024. 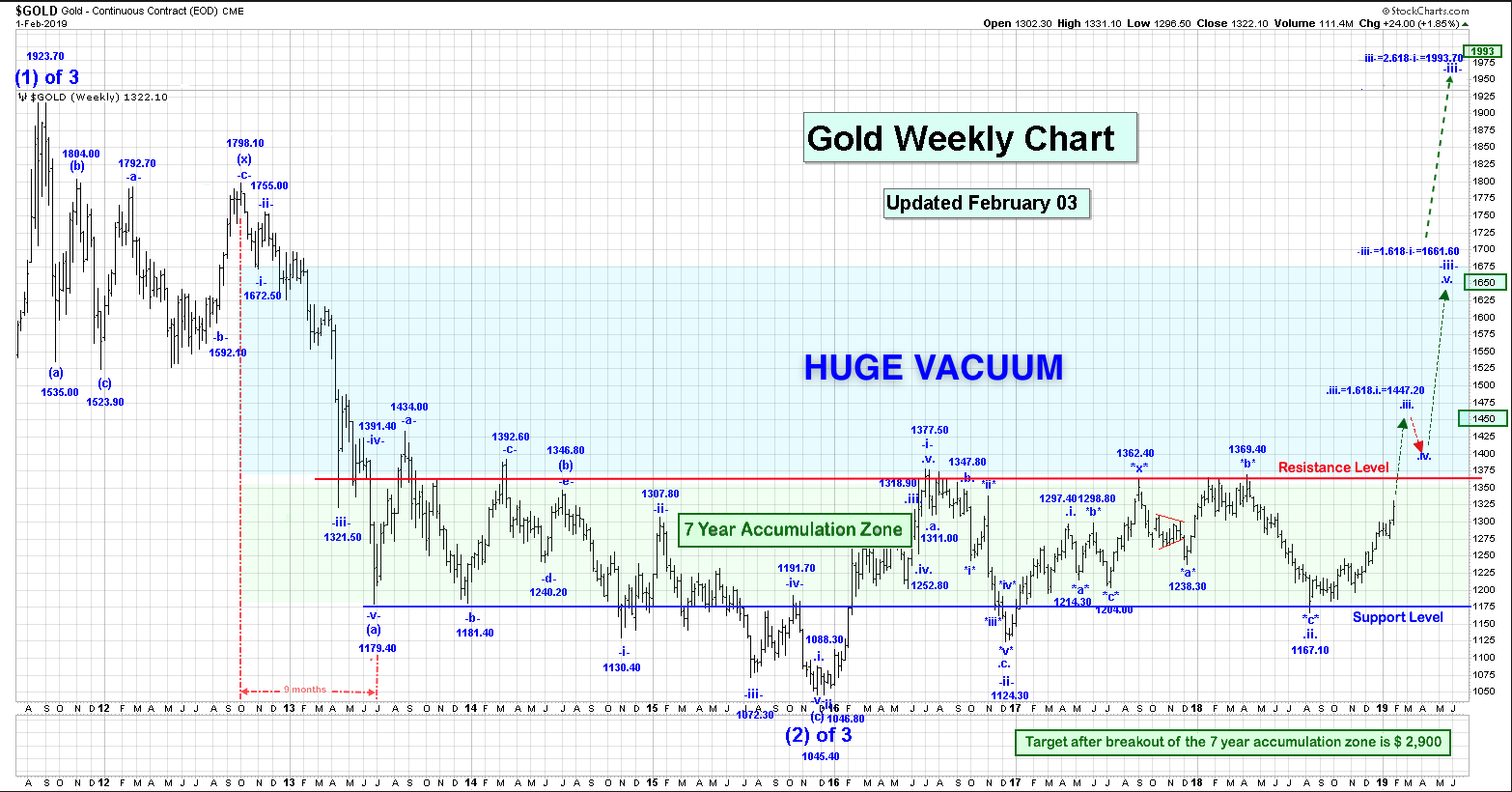 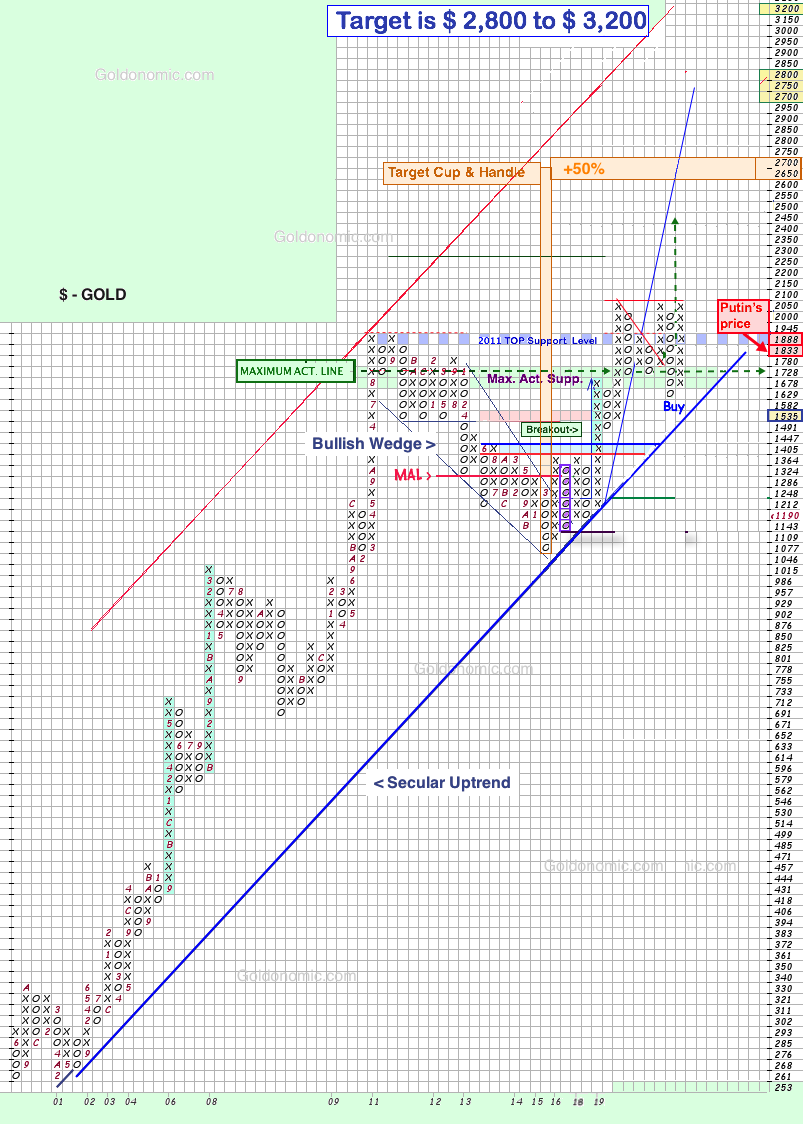 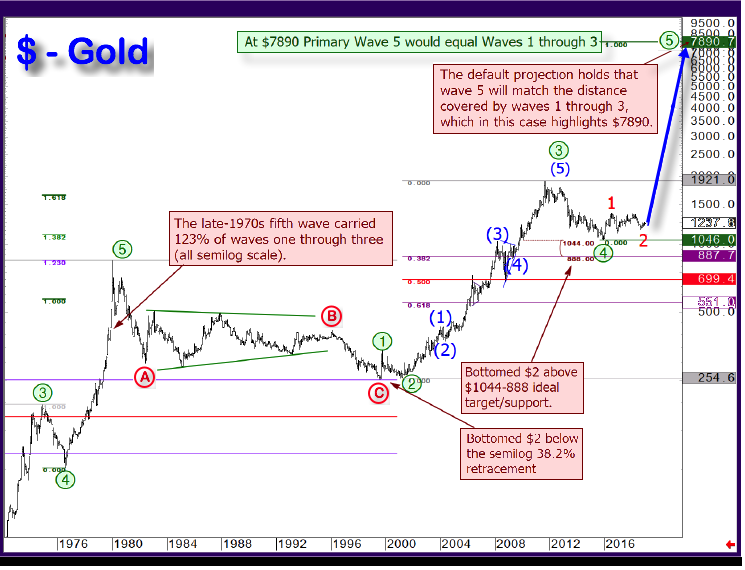 This is the ideal long-term gold cycle: 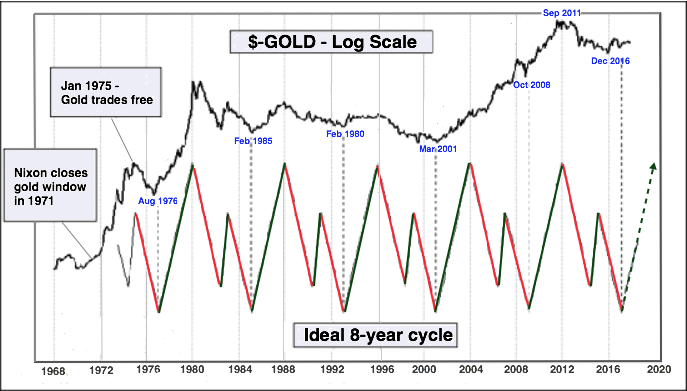 Gold 1965-2021: Markets move up and down in waves. We call it A-B-C-D waves. In case of an uptrend, A and C are up waves. B and D down waves (corrections). The A wave is smaller than the C wave. The Gold & Silver sector is now moving from B (correction $1220 - $1180) to the most dramatic up wave C (with a top which will break the 2011 record of $1920). Timing always is a guess: Patience is bitter, but the Fruit is Sweet. The combination of both charts below (the strength of technical analysis lies in the COMBINATION of charts, in figuring out the puzzle....not in looking at a chart in particular) tells us that the next major upleg for the Gold & Silver sector will start in JUNE - JULY 2017. 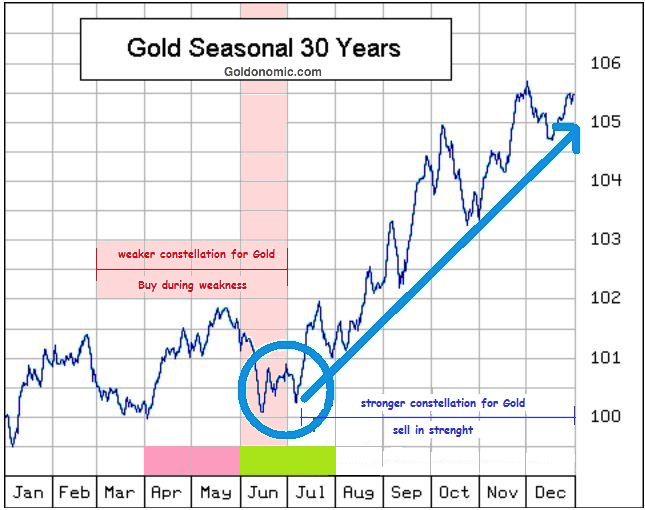 The gold price is likely to explode due to the sovereign debt crisis in Europe and the USA, combined with the impact of the negative real interest rates ruling in many major economies and Fractional Reserve gold. Having said this,  the PAPER VALUE of gold is TOTALLY UNIMPORTANT... 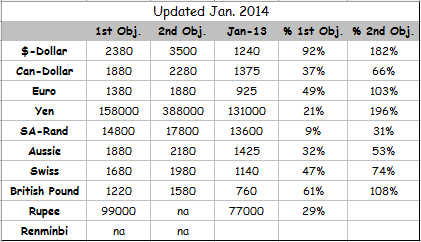 The answer to the big Randy and volatile formation which comes of congestion area analysis is because the range represents a standoff between supply and demand, which is largely offsetting. Moreover, you and I, not to mention everyone else, can only deal with the reality that the market provides. Consequently, many who wish to sell above the range eventually lose patience or hope and then lower offers to within the range. Similarly, those who wish to buy below the range eventually raise their bids until they can clamber on board.

This dual process of lowering offers and raising bids extends the range. More significantly, it can also result in a vacuum of supply above and demand below the range. Once the supply or demand is exhausted, a breakout of often dramatic proportions can occur. In other words, an absence of sellers and continued demand will produce an upside breakout and vice versa. Once the breakout occurs, others jump on board, fuelling a self-feeding trend. 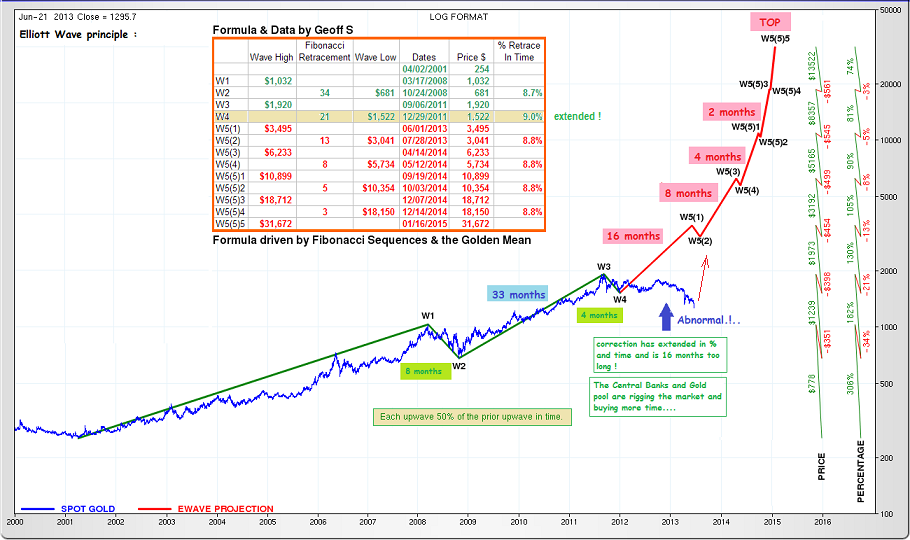 Objective according to Shadow Stats: $ 9,500

Key levels for $-Gold are

© All Rights Reserved - The contents of this report may NOT be copied, reproduced, or distributed without the explicit written consent of Goldonomic