Looking at the gold: silver ratio, we also see a total disconnect from reality. Moving from 96.5:1 recently to a current ratio of about 86:1, a move in the right direction towards the ratio of 7:1, at which the miners are currently recovering silver to gold, indicates to me something brewing in the market. Assuming the current price of gold is around $1700.00 at a ratio of 7:1, silver would be around $250 per ounce.  If it only goes back to 16:1, which was historical, it gives a price of $106 per oz. 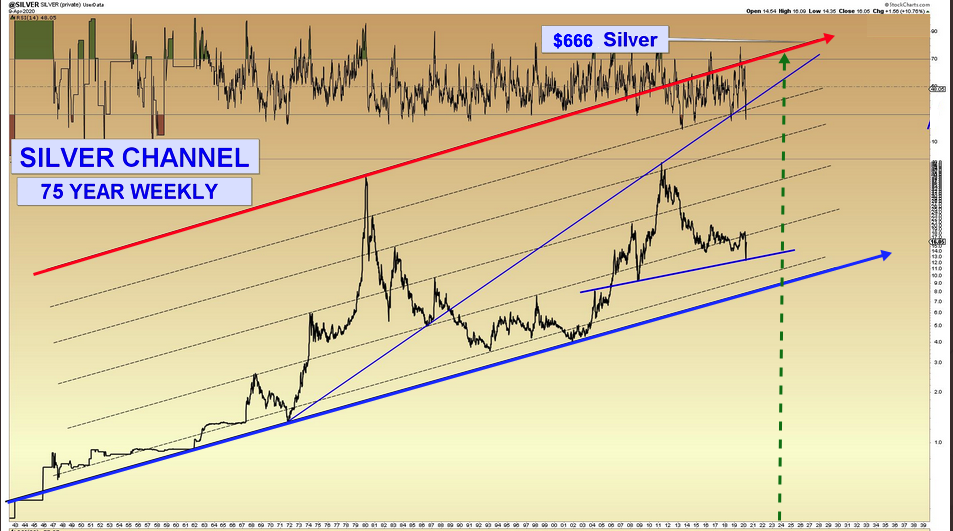 updated February 7, 2019 - The longer the accumulation (correction), the higher the subsequent target

Silver cycle with a new price record not later than 2024. 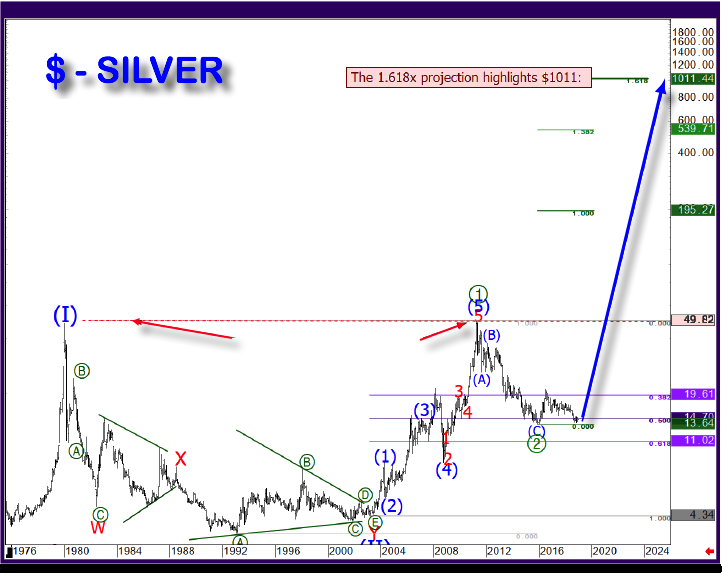 Your Cup of Silver is ready: the target of Cup and Handle is $ 95 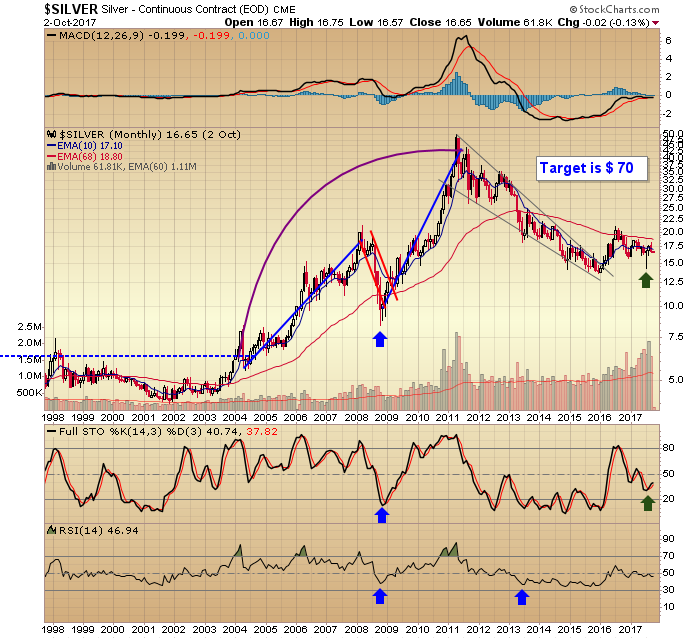 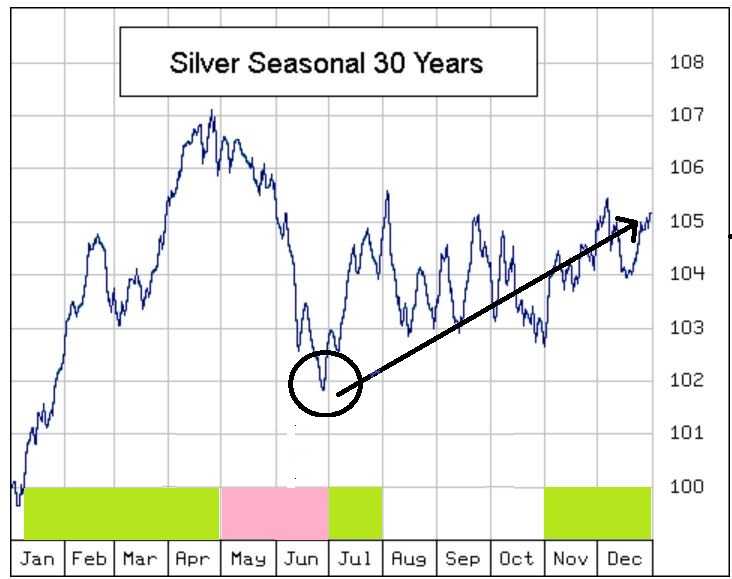 Note Silver went up from 1976 until 1981 without any critical corrections.

© All Rights Reserved - The contents of this report may NOT be copied, reproduced, or distributed without the explicit written consent of Goldonomic